Since March 17th of this year ODA is officially recognized as an organization in Mexico. At the same time I was also preparing to move to Mexico City. I ended up moving on April 16th since there was a lot to be done.  My transition to the big city was hard especially because of many unknowns but, I managed to make it to May and then I went off to spend time with my family up home. 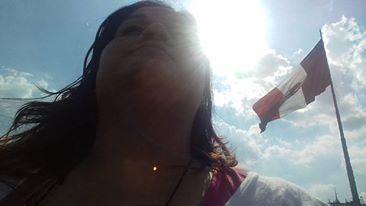 I arrived home to Dalton and this time was very unique in many ways, not only because it was the second time I was home after 9 years, this second time was sunny, my nephew was older, I was going to be more days then the first time, so I was very excited to just put a pause to my hectic but passionate daily life and hide with my family back home.

After almost missing my flight, I managed to make it home and with my brother and sister in law we surprised my niece and nephew. I love those kids!

There was something else that was different this time going home and it was the fact that I met Diego in Mexico City a few weeks before traveling home.

Diego lived 17 years in Dalton, Georgia, YES, tiny Dalton; we both lived in Dalton for many years without ever meeting each other, we both have driven the same highways, shopped in the same stores, seen the same trees, smelled the same southern food, listened to the same country music and share the love to this town. Diego was deported on July of last year after being detained for 4 months in Atlanta. Diego was in the process of getting divorced and he had temporarily custody of his 5 year old son and ever since then has not had contact with him. 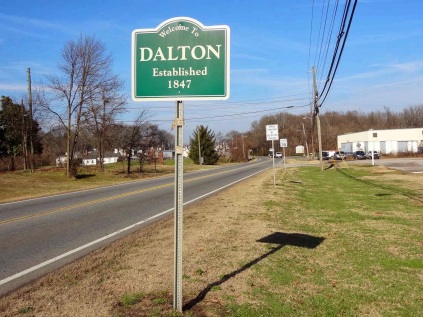 I really enjoyed hugging my nephew, my niece, spending time with brother, my sister in law, my cousins, the family and friends but, how could NOT think about Diego?  I wanted to do something, I don’t think it is enough bringing some of his stuff to Mexico or talking with the local Latino center about his case, or looking for an attorney with no luck… How could a person that only worked and had a family now be separated and not receive the necessary help from either governments or other organizations. We need to fight so he can reunite with his son and also fight for other similar stories.

This time was also different in the sense that it was more difficult to say “Goodbye” to my family, to my friends, to the green and calm Dalton. I also knew that my place right now is in Mexico. I guess that is the cost of being “De Aqui y De Alla”. There are moments I want to stay home in Dalton, other times I know that my place is in Mexico because I am doing what feels right for me.

I come back to Mexico to understand that I will never be OK with this system of corruption and impunity. I will never accept when people tell me “it is a normal Mexican thing”, NO, it is not ok to get used to dealing with this cultural system. In the process of getting legal recognition for ODA we had to deal with the inefficiency, disrespect and careless attitudes of people. We had to listen to the most insane excuses, it was a long process for us, but we had each other to lift our spirits and NEVER think of giving up. 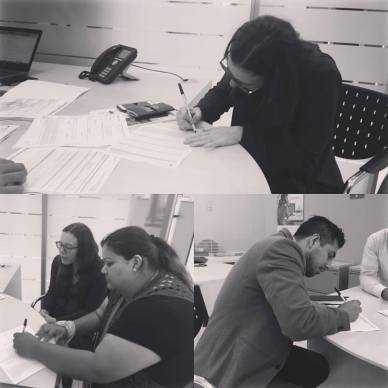 I also celebrated my 27th birthday with many friends, with my community and a lot of love from my transfronteriza family and friends. On the same day of my birthday my amazing friend and I were able to find a home with a great location and a nice vibe. 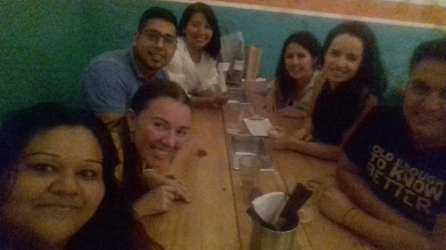 Yesterday, May 6th we accomplished a big step of several steps and a couple still left, but we did it. I am a strong believer of the moon and of the universe, yesterday proved that when we visualize what we are fighting for we will achieve it. We had a great visit from a couple of people that we enjoyed talking to and we also met “3 gatos” a collective of awesome people that are very much aligned to our vision and other good news. So, I know life is always a roller coaster… it is just hard to know everything will work out when we are at the peak of it.

I also met a group of students from Canada and the more time I spend with them, the more I learn from their stories. 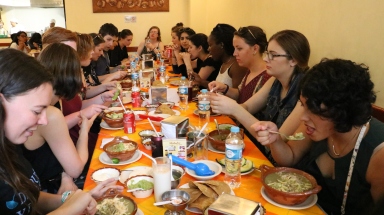 I met Yahaira too, a DACA recipient who is here in Mexico City with Advance Parole, and I went out with many friends but I will write about her, about some of the students from Canada and about my experience today at Casa Tochán, a shelter for migrants mostly from Central America in my next blog…